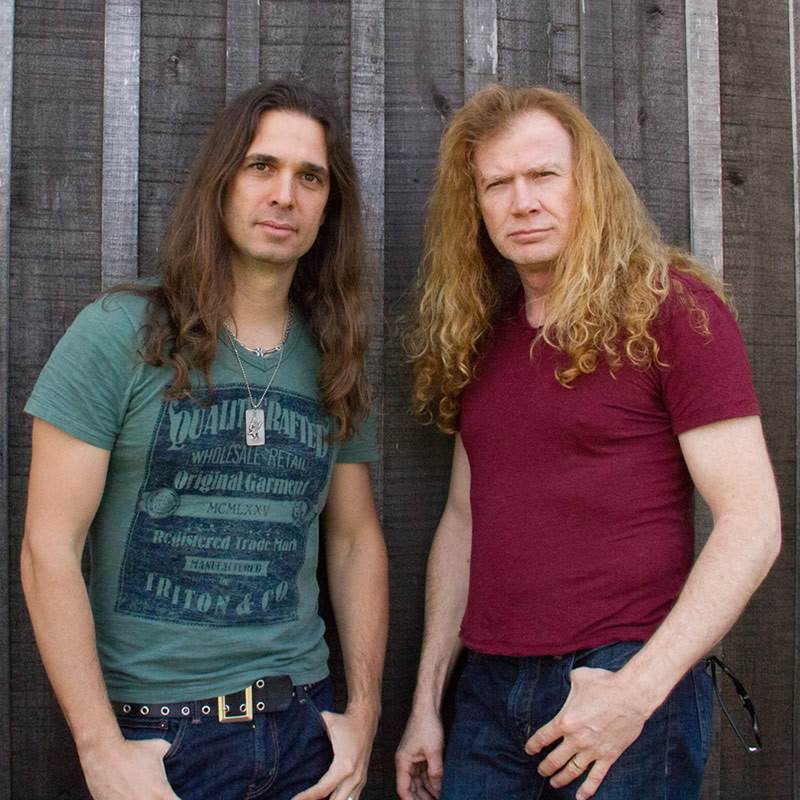 I first met Kiko around 8 years ago for a cover shoot for Burrn! magazine. I had no idea who he was, other than the fact he was tremendously talented and that the staff from Burrn! held him in high regard. Since then I’ve come to see what a guitar virtuoso he is, and I’m deeply encouraged by his depth and talent. Very few Megadeth alumni have had the same feel and ability as Kiko. As Frank Sinatra says, « the best is yet to come! » – Dave Mustaine

The brazilian guitarist of Angra is joining Megadeth as the replacement of Chris Broderick with all the support of his Angra bandmates.